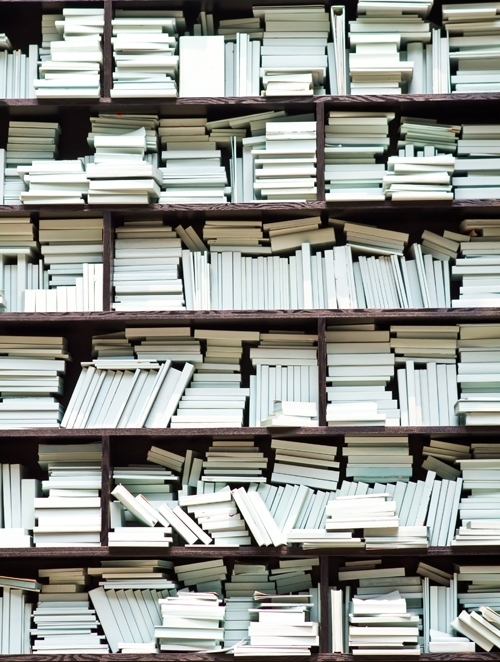 Larry Fink is a professional photographer of over fifty-five years.  He has had one man shows in the United States at the Museum of Modern Art, the Whitney Museum of Modern Art, the San Francisco Museum of Art and in Europe at the Musee de l’Elysee in Switzerland and the Musee de la Photographie in Belgium among others. He has been awarded two John Simon Guggenheim Fellowships and two National Endowment for the Arts, Individual Photography Fellowships. He has been teaching for over fifty-two years, with professorial positions held at Yale University and Bard College, among others. Larry’s first monograph Social Graces (Aperture, 1984) left a lasting impression in the community. In addition to Social Graces, Larry has published twelve additional books. A long career in editorial photography has produced portfolios for publications such as The New Yorker and Vanity Fair.He is currently working on a massive retrospective book to be published by the University of Texas Press. Grafiche dell’Artiere in Bologna will make the exquisite prints for the book.

Andrea Modica was born in New York City and lives in Philadelphia, where she works as a photographer and teaches in the Photography Program at Drexel University’s Antoinette Westphal College of Media Arts and Design. A graduate of the Yale School of Art, she is a Guggenheim Fellow and a Fulbright Scholar. Her earlier books include Treadwell, Barbara, Minor League, Human Being and Fountain.Modica exhibits nationally and internationally, and she has had solo exhibitions at the San Francisco Museum of Modern Art, the Cleveland Museum of Art, the Boulder Museum of Contemporary Art and the San Diego Museum of Photographic Arts.Andrea Modica’s photographs are part of the permanent collections of numerous institutions, including the Museum of Modern Art, the Metropolitan Museum of Art, the Whitney Museum of American Art, the Brooklyn Museum, the Philadelphia Museum of Art, the Smithsonian American Art Museum, the International Museum of Photography and Film at the George Eastman House, and the Bibliotheque Nationale.

Peter Weiermair was born in 1944 and studied history of art, philosophy and German literature in Innsbruck and Vienna. From 1967 until 2007 he was the head of art institutions and museums in Austria, Germany and Italy (Galerie im Taxisplais, Innsbruck; Frankfurter Kunstverein; Museum of Modern Art, Salzburg; Galleria d´Arte Moderna e Museo Morandi, Bologna).
From 1963 until now Peter Weiermair is the publisher of allsaintspress. He has taught at the academy of fine arts in Vienna as well as the school of design in Offenbach, Germany.

He was the president of IKT, Association of curators of modern and contemporary art (1980-1990). His special field is photography and drawing, he has curated more than 500 shows. Peter Weiermair lives in Innsbruck (Austria) and Frankfurt (Germany).

Joseph Maida received a B.A. in 1999 from Columbia University, where he studied architecture and art history, and an M. F.A. in photography in 2001 from Yale School of Art. He has exhibited his work in New York at venues including the Bronx Museum of Art, the Queens Museum of Art, Wallspace, the Homefront Gallery, Art in General, Artists Space, and PS 122, and has exhibited internationally at institutions including the Reina Sofia National Museum, Madrid, the Pro-Arte Center, St. Petersburg, the Witte de With Center for Contemporary Art, Rotterdam, the Kunsthalle Wien, Vienna, and the Nikon Salons, Tokyo and Osaka. His work has been supported by organizations including the National Endowment for the Arts, the Japan U.S. Friendship Commission, and Joan Mitchell Foundation. His editorial commissions have appeared in magazines including The New York Times Magazine, New York, W, Details, GQ, The London Telegraph Sunday Magazine, Newsweek, House and Garden, Tokion, and *wallpaper. Mr. Maida has taught photography since 2002 at the School of Visual Arts and Parsons, the New School for Design. He was appointed lecturer in photography at Yale in 2011.

Sean O’Toole is an author, journalist, art critic and editor living in Cape Town, South Africa. He has written extensively about photography for various magazines and newspapers, and writes a bi-monthly art column for frieze magazine. A friend of photographers as much as an observer of their work, he has contributed essays to various monographs. Some recent examples include In Boksburg by David Goldblatt (Steidl, 2015); Terrain by Jackie Nickerson (T.F. Editores, 2013); Ponte City by Mikhael Subotzky and Patrick Waterhouse (Steidl, 2014); and World Wide Order by Julian Roder (Hatje Kantz, 2014). He is co-editor, with Tau Tavengwa, of CityScapes, a bi-annual magazine on cities and urban issues, and a past editor of the magazine Art South Africa. A story appearing in his debut collection of short stories, The Marquis of Mooikloof and Other Stories (Double Storey, 2006), won the 2006 HSBC/SA PEN Literary Award.

Oliver Kruger (b. 1977) is a South African photographer, working predominantly within the discipline of portraiture. Kruger explores the individual behind the facade of uniformed identity. By isolating members of visually homogenous groups, Kruger’s photographs reveal conformism to be an often nonsensical pursuit of community.  Investigating the notion of assimilated or adopted identity, geographically or culturally alien to the individuals that pursue them, Kruger exposes tensions between assumed and rejected identities and the resulting incongruities. Kruger’s portraits capture the idiosyncrasies of the vulnerable individual beneath the uniform of pomp and ceremony, be it the costumes of sailors or that of a flamboyant emerging middle class. Kruger approaches his subjects with passive curiosity rather than subjective confrontation, adopting a typological strategy of unaffected objectivity.

For over 25 years Philippe Chancel’s photography has explored the complex, uncertain and fertile territory where art, documentary and journalism meet. It is a constantly developing project on the status of images when they are directly confronted with manufactured ‘image’ in the contemporary world. Philippe Chancel was introduced to photography at a very young age. He is an economics graduate of the University of Paris X and holds a postgraduate diploma from the CF PJ, Paris.DPRK, his vision of North Korea, was first displayed in 2006 at the Rencontres d’Arles. It was then shown at the C/O Berlin, and at the Photographers’ Gallery, London, where, as part of the Deutsche Borse photography prize, it was awarded the visitors’ poll. With DPRK’s publication in book form (Thames & Hudson, with text by Michel Poivert), Philippe Chancel began to gain international recognition. His Emirates Project was initially presented at the 53rd Venice Biennale in the Abu Dhabi pavilion, curated by Catherine David, before becoming part of the ‘Dreamlands’ exhibition at the Pompidou Centre from May 2010. Philippe Chancel has also exhibited at the Open Eye Society Foundation, Huis Marseille, Saatchi Gallery, Istanbul Modern, and the Museum of Contemporary Photography, Chicago. Philippe Chancel is currently working on an extensive, world scale documentary corpus entitled Datazone, which aims to cast light on excesses and abuses in contemporary politics and society. For this work in progress, he was shortlisted for the Prix Pictet in 2012 and the Prix Elysee, 2014. His work is included in many permanent public and private collections, including the Centre Georged Pompidou and the Luma Foundation. Kim Happiness is his sixth monograph.

Born in Nagano prefecture, Japan. B.A. in Sociology, Meiji Gakuin University, Tokyo, 1983 M.A. in photography, Columbia College, Chicago, 1987. Curator of Tokyo Metropolitan Museum of Photography from 1989 to 2002. Curator of Museum of Contemporary Art, Tokyo from 2002 to 2006.

Tomoko Kikuchi is an artist originally from Tokyo, currently based in Beijing, China. After graduated from Musashino Art University in Tokyo, she moved to Hong Kong in 1996 to witness handover of the former colonial city to Chinese sovereignty in 1997. Afterwards, she moved to Mainland China in 1999 to accomplish a photo project on Chinese female victims of sexual abuse by the Japanese army during World War II. Since then, she focused on the people who are suffering from physical and mental trauma caused by history and social Discrimination. This later led to a new project “I and I”, in which she has documented rapid changes in the Chinese society and through the lives of transgender performers. ‘’I and I’’ won 38th Kimura Ihee commemorative photography award in 2013, the most prestigious award for photographer in Japan. Her works have been exhibited in numerous museums including Tokyo Metropolitan Museum of Photography, Mori Art museum and Kawasaki City museum (Japan), and also became their permanent collection. She is also a grant winner for Magnum foundation emergency fund (Magnum foundation New York) and the Abigail Cohen Fellowship in Documentary Photography (Magnum foundation and Asia society).

Laura Serani is an independent curator and critic who regularly collaborates with publishers, institutions, and festivals like the Maison Européenne de la Photographie in Paris, the Multimedia Art Museum, the Moscow Biennials, the Rencontres d’Arles, Fotografia Europea – Reggio Emilia. She works in Europe and elsewhere.
She was the “Déléguée Artistique” for the 2014 and 2008 editions of the Mois de la Photo in Paris, Artistic Director of the two latest Rencontres de Bamako­­–– the African Biennial of Photography held in Mali in 2009 and 2011, and of the Si Fest in Italy in 2007 and 2008. From 1985 to 2006 she was Director of the Fnac Collection and of the Fnac Galleries in Europe, Brazil, and Taiwan.
She is the President of the Prix Résidence pour la Photographie of the Fondation Les Treilles in France and is a member of different juries (Prix Niépce, Fotograficasa, World Press, New York Photo Awards.) She is also author and co-author of several texts and books, including “La fotografia tra storia e poesia” (Mazzotta), Sarah Moon’s “Inverno” ( Silvana Editoriale), Malick Sidibé’s “La vie en rose” (Silvana Editoriale), and “Collection Photo Poche” (Actes Sud.) She lives in Paris.

Lorenzo Castore was born in Florence in 1973.

In 1981 he moved to Rome with his mother and in 1992 he relocated to New York where he began to photograph. After a formative trip to India in 1997, he got a degree in Law and traveled to Albania and Kosovo in 1999 photographing the conflict. After this experience he decided not to work on news themes anymore. In the same year he visited Poland: for many years after, first Silesia then Krakow became key locations for his photographic investigation. In 2000 he returned to New York and India for extensive traveling and photo work. In 2001 he moved to Milan and joined the Grazia Neri Agency. In 2001-02 he realized the series Paradiso in Havana, Cuba. In 2003 he joined Agence/Galerie VU’ and worked on the series Nero in Sardinia. He started teaching photography workshops around this time and won the Mario Giacomelli Award. In 2005 he won the Leica European Publishers’ Award and published the Nero book. In 2006 he moved to Krakow and published the Paradiso book. In 2007 he started to photograph the haunting Polish brother and sister Ewa and Piotr Sosnowski. This work continued through 2013 and produced the film No Peace Without War directed with Adam Grossman Cohen: in 2012 the film premiered in many international festivals and won the Golden Frog Award as Best Short Documentary at Camerimage. In 2013 he worked on the series Sogno #5 with bipolar patients in the former Mental Institution Leonardo Bianchi, Naples. In 2013 he shot his second short film, Casarola about the Bertolucci family historic home. In 2014 he started a collaboration with Luz network. His work has been shown internationally in many personal and collective exhibitions.